How to pass first time

An insight into how I can help you pass first time

Just like every single learner driver, you would love to pass your driving test at the first attempt. I have an excellent record of first time passes. My pass rate is almost twice the national average, and I am well known in the Beverley area for the success of my driving school.

I have personally witnessed over 500 driving tests while accompanying my pupils on test in Hull. I have built up an extensive knowledge of what the driving examiners are looking for, what they mark as faults and what makes a good safe driver.

This gives me a unique in-depth knowledge which allows me to refine the skills of 100’s of learner drivers (just like you) to drive in the manner the examiner is looking for.

My teaching techniques have been adapted over several years which allows me to take a learner from beginning (bare basics) to test standard in the shortest possible time. I have a reputation of preparing pupils for test quicker than the national average saving you over £300 in driving lessons. We will not be parked up at the side of the road watching videos on an iPad, several topics can be covered while sitting in stationary traffic moving to a differet location for example.

Once you are up and driving my lessons are carried out in Hull, where you will become very familiar with the areas and junctions covered by the 16 possible test routes, especially the areas that cause the most fails (test route blackspots).

As I want to make you a confident all-round driver in any traffic conditions to prepare you for your test and beyond, your lessons will not be at the same time week after week. They may occasionally include: 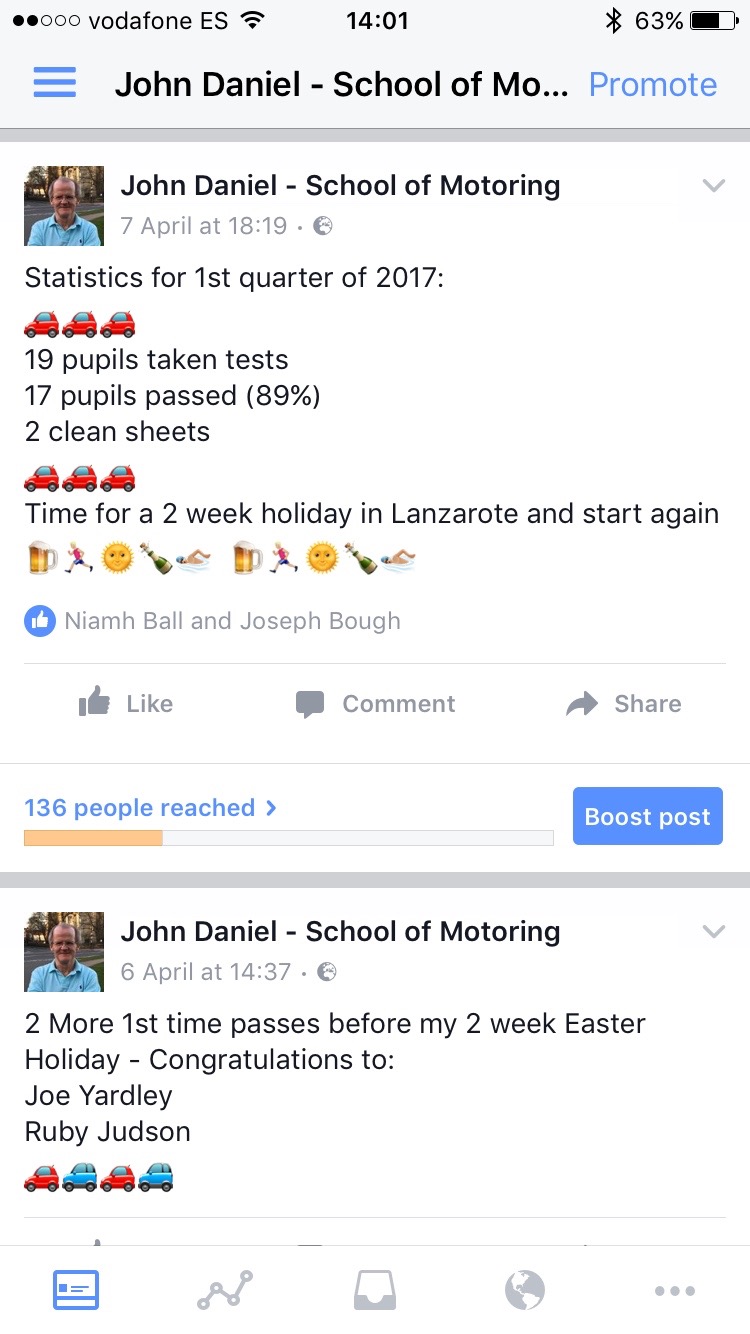